It has been a busy and historic week around the country as we kick off Veterans Month in DC, New York, and around the country! Election Day was Tuesday, we hosted our 12th annual Heroes Gala Thursday, and we have a new cosponsor on IAVA-backed legislation.

Thursday in New York City, IAVA hosted our 12th annual Heroes Gala! It was an amazing night with Craig Newmark, Sen. Kirsten Gillibrand, Stephen Colbert, Rob Riggle, Jeffrey Wright, and so many others coming together to honor veterans across the nation. Without our supporters, we wouldn’t be able to do the work that we do every day. A huge thank you to everyone who came to New York or watched on Facebook Live. It was a truly historic and inspiring night that will help us continue our mission for years to come.

All throughout this week IAVA’s Chief Policy Officer, Melissa Bryant, has been working hard to spread IAVA’s message and highlight our Big Six priorities throughout various media outlets. She talked with the Military Times about the state of the VA, went on HLN concerning the tragic shooting in Thousand Oaks, CA, and spoke at a panel, hosted by PAX, concerning #CannabisForVets. Be sure to follow her here in order to stay up to date on the latest IAVA news. 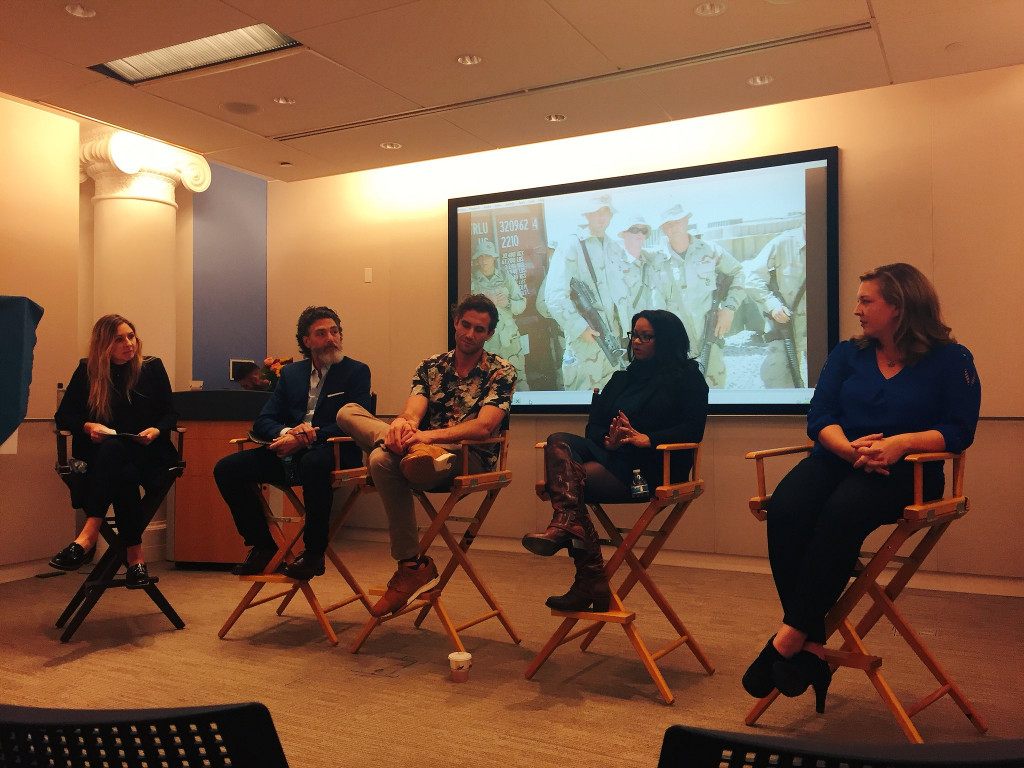 This week Sen. Kirsten Gillibrand (D-NY) and Rep. Kathleen Rice (D-NY) announced a piece of legislation in order to change the VA’s outdated motto to be gender neutral. This is a central piece of IAVA’s #SheWhoBorneTheBattle campaign and we thank Sen. Gillibrand and Rep. Rice for their leadership on this important issue.

Coming up this Sunday, November 11, IAVA will be marching in the New York City Veterans Day Parade! The IAVA team will be marching with over 150 of our members from across the country. If you are in the NYC area please come out and join us for what is sure to be an inspiring and impactful event and RSVP here. If you can’t make it to New York you can still follow along on Twitter and Facebook using #VeteransDay2018 and #VetsRising.

Lastly, a quick shout out and happy 242nd birthday to all my fellow Marines! Ooh Rah and Semper Fi to all of the Devil Dogs worldwide.

This week IAVA added an additional cosponsor on the #BurnPits Accountability Act (S. 3181/H.R. 5671). Huge thank you to Rep. Pete Visclosky (D-IN). The Congressman is the Ranking Member of the Subcommittee covering all Department of Defense spending.

Continue to make your voice heard by taking our 2018 IAVA Member Survey. Join now to SOUND OFF! And stay tuned to IAVA and ensure that your voice is heard on all of IAVA’s Big Six priorities in this Congress and the next by going through our Take Action page.