While Congress was out on recess, the DC team continues to advocate for our #Big6 priorities. Two of our DC team members attended a meeting held by the VA to address harassment and sexual assault that occurs in VA facilities. The TMC also held their monthly meeting and IAVA partner, Mike Saunders published an article to inform veterans and servicemembers about payday loans.

Following the sexual assault of a House VA Committee staffer at the DC VA, the VA wasted little time in putting together a meeting of some of the VSOs and its Deputy Chief of Staff. This meeting aimed to create an open conversation about what happened to the staffer and so many others within VA facilities. Director of Government Affairs, Travis Horr, and Associate of Government Affairs, Kaitlynne Hetrick, attended this meeting to represent IAVA’s thoughts on how to create a solution to this problem. IAVA is committed to combating harassment in all forms and ensuring that VA is a place where all veterans feel comfortable to receive care. 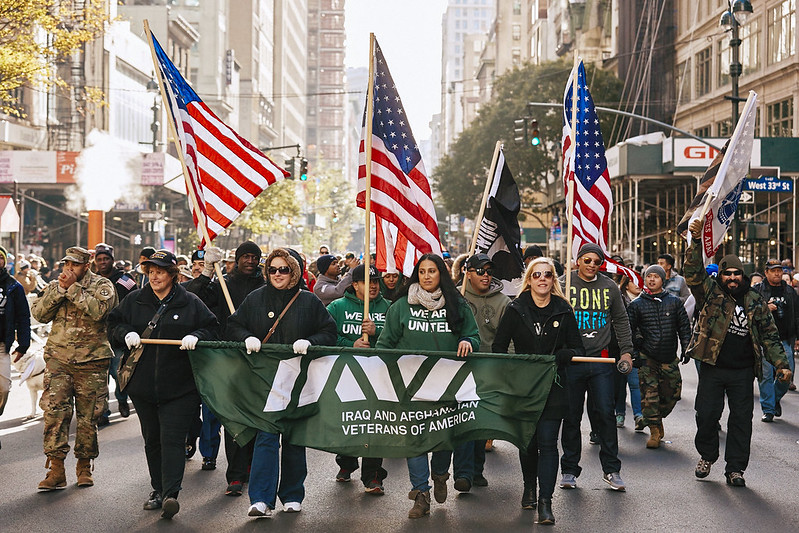 The monthly meeting of The Military Coalition (TMC) was held this Thursday. Participants, including IAVA VP Tom Porter and Kaitlynne discussed the Continuing Resolution (CR), and the coalition is waiting to see if the National Defense Authorization Act (NDAA), including many TMC priorities, will be passed before the CR ends on Nov. 21. IAVA always enjoys working with our VSO partners and looks forward to the next meeting on Nov. 7.

On Friday, Tom Porter talked with other VSO reps concerning #BurnPits and other plans to assist veterans exposed to toxins. As IAVA looks to get the Burn Pits Accountability Act (S. 191/H.R. 663) across the finish line in the NDAA we continue to work with our coalition to discuss the next steps in developing new legislation.

Mike Saunders, one of IAVA’s veterans education coalition partners at the Veterans Education Success (VES) published The Military Lending Act and You. This article details veterans’ rights when it comes to payday lenders and some ways that we can protect ourselves. Mike also gives some helpful facts and provides resources for more information about these predatory lenders.

New Cosponsors on IAVA backed Legislation
Even though Congress remains on recess through next week, that hasn’t stopped quite a few Members of Congress from co-sponsoring legislation related to our #SheWhoBorneTheBattle campaign. Thank you to Rep. Jahana Hayes (D-CT) for cosponsoring three pieces of legislation aimed to help women veterans receive the same level of care as their male counterparts. We would also like to thank Rep. Debbie Dingell (D-MI), Rep. Lucille Roybal-Allard (D-CA), and Rep. Kendra Horn (D-OK) for cosponsoring #SheWhoBorneTheBattle supported legislation