Read: Advocacy Update: Momentum For She Who Borne The Battle, Burn Pits and More!

As Summer kicks off in DC, IAVA’s biggest advocacy priorities are heating up. IAVA-supported legislation gained 20 new cosponsors this week across #BurnPits, #SheWhoBorneTheBattle, and #CannabisForVets legislation! We also have updates on the campaign to combat suicide among troops and veterans and more.

This week, the VA released Veteran Suicide Data from 2015. While the top line takeaway is that the suicide rate among military and veterans remained the same, at 20 per day, it’s important to note that there have been a number of advancements since 2015 that look to improve this number in the coming years. For instance, the IAVA-led Clay Hunt SAV Act became law in 2015 and a number of improvements in programs around mental health and suicide prevention have been made since then. For a full breakdown of the report, be sure to read this blog by IAVA Research Director, Steph Mullen.

Steph was also at a screening for the film Leave No Trace, a film about a veteran and his family struggling to adapt with the invisible wounds of war. Following the film, she participated on a panel with the lead actor, Ben Foster, and reporter Wendy Benjaminson to discuss PTSD, resources for veterans and their families, and IAVA’s work around mental health. You can watch the trailer for Leave No Trace here. 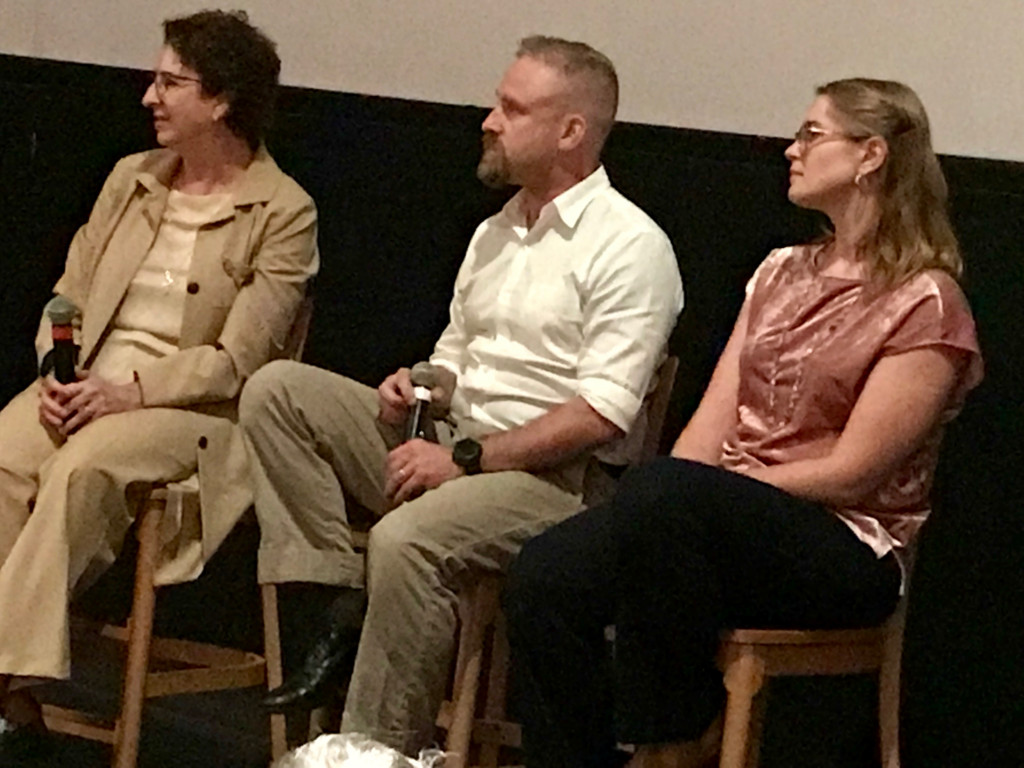 IAVA’s Chief Policy Officer, Melissa Bryant, was featured in an investigative series about Mefloquine, an anti-malaria drug that thousands of service members were ordered to take for decades. Mefloquine could cause side effects such as anxiety, depression, paranoia, tremors and more, yet the VA has no diagnosis or treatment options for the drug. IAVA is proud to stand beside our VSO partners – Veterans of Foreign Wars, AMVETS, American Legion, and Vietnam Veterans of America in this important fight to fully understand the impact of the drug on American service members, as well as getting those exposed the help that they deserve.

The Burn Pits Accountability Act (H.R. 5671) picked up an additional 18 cosponsors this week! In addition to the two original sponsors, Reps. Tulsi Gabbard (D-HI) and Brian Mast (R-FL), the bill now has 49 other cosponsors from 31 states! IAVA wants to thank all the Members of Congress who have signed on to support this piece of bipartisan legislation and to all of the IAVA members that have reached out to their Representative and voiced their concerns through our Take Action page.

#SheWhoBorneTheBattle campaign continues to gain ground with its centerpiece, the Deborah Sampson Act (S. 681/H.R. 2452), picking up an additional cosponsor this week in House Energy and Commerce Committee Chairman Greg Walden (R-OR)! Additionally, #CannabisForVets continues to gain support as the VA Medicinal Cannabis Research Act of 2018 (S. 2796/H.R. 5520) picked up a cosponsor in Sen. Joe Donnelly (D-IN), who met with IAVA members during our Spring Storm The Hill and listened to their stories on why IAVA’s Big Six issues are important to them. A huge thank you to both Rep. Walden and Sen. Donnelly in their support for these important pieces of legislation.

IAVA members are critical in gaining support for all of IAVA’s Big 6 priorities. Ensure that your Member of Congress is signed on to support #SheWhoBorneTheBattle, #BurnPits, and #CannabisForVets by going through IAVA’s Take Action page here.