It was another impactful week for the IAVA DC team this week. We testified in front of the Senate Veterans’ Affairs Committee (SVAC), attended a VSO roundtable hosted by Sen. Jon Tester, went to a press conference hosted by Speaker Pelosi to give tax relief to Gold Star Families, and attended another roundtable at the Pentagon hosted by the Army. We’ve also added 7 cosponsors on IAVA-backed legislation.

On Tuesday this week, Chief Policy Officer Melissa Bryant, spoke at a panel during Congressional Cannabis Day on Capitol Hill about IAVA’s #CannabisForVets campaign. This event was attended by a number of cannabis advocates, including Marine Corps and OIF veteran, Rep. Ruben Gallego (D-AZ) and film and television personality, Ricki Lake. This was a great event to continue to spread awareness on the Hill about IAVA’s efforts on this important issue. 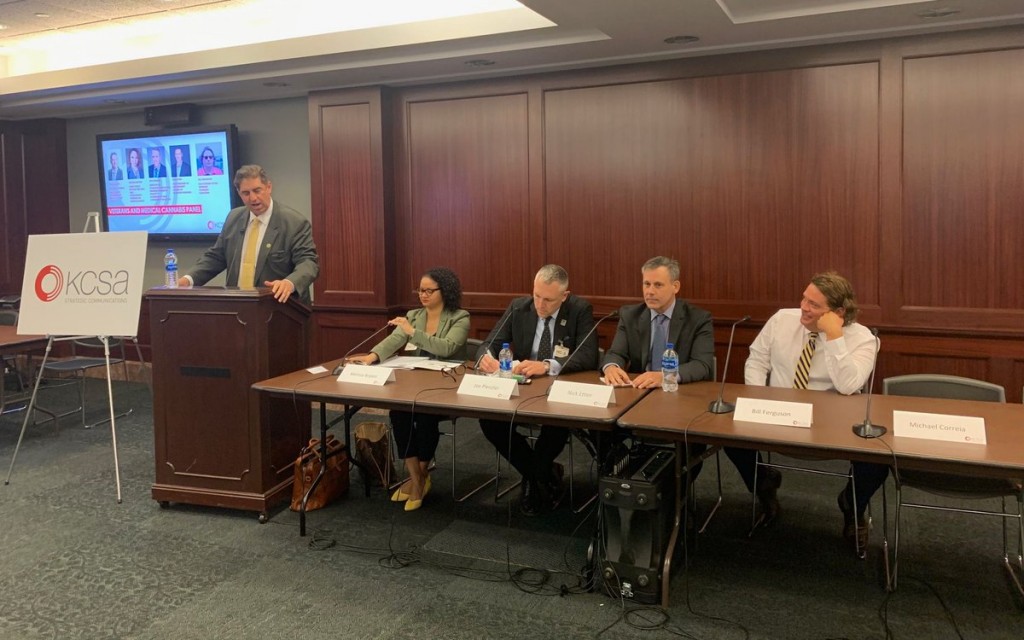 Across the Hill on Tuesday, Legislative Director Tom Porter, was at a VSO roundtable hosted by the ranking member of SVAC, Sen. Jon Tester (D-MT). This was a great opportunity to talk over IAVA’s Big 6 priorities prior to Wednesday’s hearing. Thanks to Sen. Tester for hosting us and for listening to IAVA’s and the VSO community’s thoughts and concerns.

On Wednesday Melissa was back on the Hill to testify in front of SVAC on a number of IAVA supported bills. The main focus of the hearing was on two of IAVA’s Big 6 priorities, the Campaign to Combat Suicide, and the #SheWhoBorneTheBattle campaign. Melissa conveyed IAVA’s full support for two key pieces of legislation during the hearing, Commander John Scott Hannon Veterans Mental Health Care Improvement Act (S. 785) and the Deborah Sampson Act (S. 514). You can watch the full hearing here, and read Melissa’s testimony here. 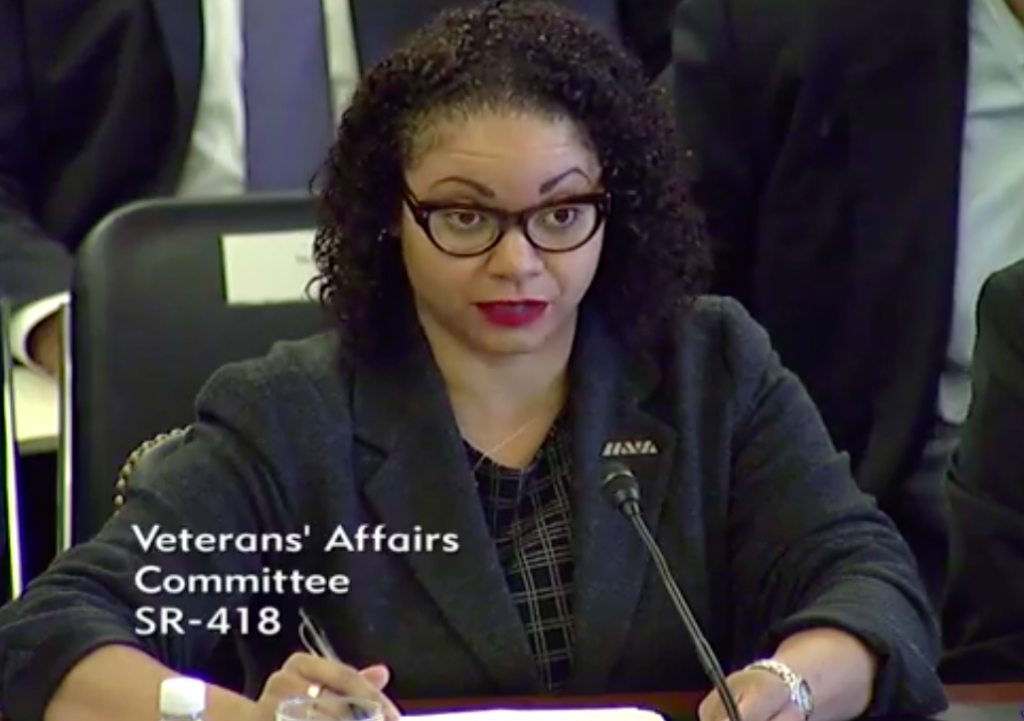 Also on Wednesday, Legislative Associate Travis Horr attended a press conference hosted by Speaker Nancy Pelosi before the House voted on the Gold Star Family Tax Relief Act (S. 1370/H.R. 2481). This is an important piece of legislation to fix a technical error in the recent tax law that increased some Gold Star families tax bill by thousands of dollars. You can read more about this important issue here.

On Thursday, Tom was featured on a Today Show segment about veteran suicide. He was able to talk about IAVA’s work in combating this important issue and was also featured alongside IAVA member and veteran Stormer, Eric Donoho. Be sure to check out this powerful segment here.

Also on Thursday Travis was at the Pentagon to receive a number of important updates and briefs from the Army. He was able to hear about Army’s priorities in the National Defense Authorization Act (NDAA), the upcoming budget, and updates on improvements in military housing as well as important briefings on the latest increase in sexual assaults and what is being done to correct that issue. Overall it was a great meeting and stay tuned as we continue to work with all the services to improve the lives of servicemembers.

The Deborah Sampson Act (S. 514) gained one new cosponsor this week! Thank you to Sen. Tim Kaine (D-VA) for being the newest cosponsor of this historic piece of bipartisan legislation.