From attending House Veterans Affairs Committee (HVAC) hearings, to representing IAVA at ceremonies, to participating in working groups, and closely monitoring the House and Senate NDAA bills, it was another busy week on Capitol Hill. Including all that, we picked up eight new cosponsors for IAVA priority legislation!

Wednesday, Government Affairs VP Tom Porter and IAVA intern Megan Passon attended an important HVAC hearing focused on the economic well-being of women veterans, including discussion of a lack of access to VA benefits and educational opportunities, as well as high rates of unemployment and homesslessness. Addressing these challenges is an important part of our #SheWhoBorneTheBattle Campaign.

July 10 HVAC hearing on the economic well-being of women veterans.

The same day, CEO Jeremy Butler and Intern Samantha Coriarty attended the Service Member of the Year Award ceremony, hearing stories from service members from each military branch. The event was a true reflection of the values our members of the military hold and the service each servicemember and their families give to this nation. Thank you to each award recipient for the sacrifices you have made and the inspiration you continue to give our country. 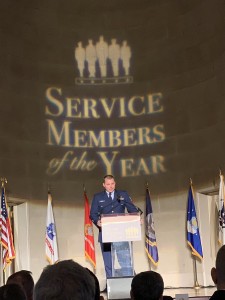 On Thursday, IAVA attended a HVAC markup of three IAVA supported pieces of legislation. The committee approved a healthcare bill to help transitioning women servicemembers (H.R. 2942); one to direct the VA Secretary to produce all Department fact sheets in English, Spanish, and Tagalog (H.R. 2943); and one to improve the VA specially adapted housing program.

On Friday, the House voted to pass the 2019 National Defense Authorization Act (NDAA), which authorizes all Department of Defense (DoD) operations and spending for the next year. The bill contains many important pieces of IAVA priorities, such as the Burn Pits Accountability Act, language to block the DoD from restricting the transferability of the Post-9/11 GI Bill, closure of the Widow’s Tax that strips thousands of dollars in benefits from veterans’ survivors without good justification, and ends a prohibition on military medical malpractice lawsuits.

Friday, VP of Government Affairs Tom Porter and our Director of Government Affairs Travis Horr attended a bipartisan Capitol press conference with John Feal and 9/11 First Responders, Speaker Pelosi, Jon Stewart, and many other House Members to mark the day’s House passage of a permanent extension of the 9/11 Victim’s Compensation Fund for first responders and survivors. IAVA considers the 9/11 first responders to be the first “boots on the ground” in the War on Terror and has fought for years alongside them to ensure they get the healthcare and benefits they need. 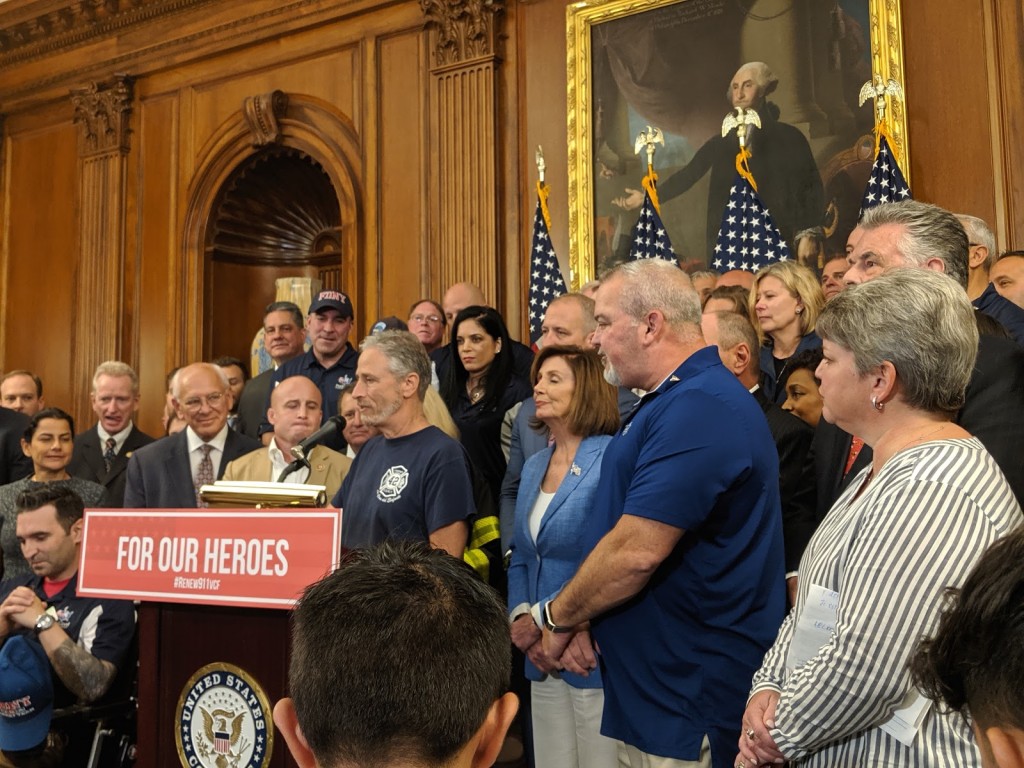 The VA Medicinal Cannabis Research Act (S. 179/H.R. 712) also added two in Reps. Grace Meng (D-NY) and Anna Eshoo (D-CA). A special thank you to these two Congresswomen as they added their names to both this legislation and the Burn Pits Accountability Act this week! Their support is greatly appreciated.

Lastly, the Commander John Scott Hannon Veteran’s Health Care Improvement Act of 2019 (S.785) picked up two new cosponsors. A big thanks to Sens. Steve Daines (R-MT) and Mike Crapo (R-ID). Their support cements the bipartisan nature of this much needed legislation to combat the crisis of veteran suicide. You can find out what else IAVA is doing in their campaign to combat veteran suicide here.