Read: A note from J.R. Martinez: Why I back IAVA 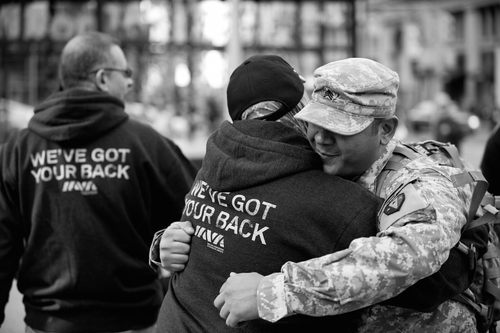 In life, we often don’t think about services until we need them. That’s how it is in the military too. When I was younger, I assumed once you joined the military that the government would take care of you.

Our past generations of veterans worked tirelessly on the battlefield and off to ensure that their needs were met and that the needs of future generations of vets’ needs would continue to be met. They gave us pensions, the GI Bill, social security, war widow benefits, the list goes on.

But as we all know, our government has chipped away at those benefits. Budgets have been slashed. Political tides have turned. Interests have changed. You’ll notice neither the republican nor the democratic debates ask anything about how they intend to deal with the pressing issues facing our country’s veterans.

And over the years, we’ve seen what was once considered the fulfillment of a promise made to us turn into an unattainable dream.

Everybody wants to help veterans and service members. And these days it seems like there are thousands of ways in which to do it. Everywhere we turn there is a new organization dedicated to serving those who serve. But how do we know which ones are truly living out their intended mission?

I’ve been a veteran for 12 years. In that time, I’ve learned that most of those organizations are more interested in doing the “glamorous” work – giving away new cars, care packages. Stuff. But after the flags have flown, and after the crowds go home, that stuff goes away.

But for many vets, our needs don’t go away. We need an organization that looks to find long-term solutions.

Iraq and Afghanistan Veterans of America (IAVA) is not doing the glamorous work. There are no dramatic ribbon cutting ceremonies. There are no shiny new giveaways to present to a handful of lucky veterans. There are no big checks or care packages or balloons or TV news crews to document it all.

But rest assured they are doing the work that needs to be done. For all veterans. They are climbing the steps of capitol hill day after day, year after year, to help build and pass non-partisan legislation designed to help our veterans.

They played critical roles in the passing of the Post-9/11 “New” GI Bill, the New GI Bill 2.0, the VOW to Hire Heroes Act, Mandatory Mental Health Screening, and the Joshua Omvig Suicide Prevention Bill. It’s safe to say that these bills would never have seen the House floor without the tireless and decidedly unglamorous work of IAVA.

In the ten years since they were founded, they’ve grown their free membership to over 183,000 post-9/11 veterans, injured and not injured, from the lowest ranking to the highest ranking former members, making it the largest community of its kind in the world. They’ve connected 7000 vets with employment support.

They provide a network of resources for vets to connect with each other and create their own strong and lasting community. And just as importantly, IAVA looks to create a nation that honors veterans of all generations. 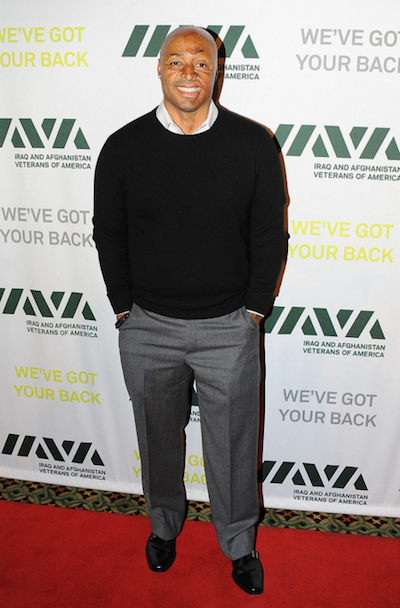 IAVA members host Vet Togethers to foster camaraderie and community for veterans all over the country. With 183,961 members and growing, and 2.7 million U.S. veterans of the Iraq and Afghanistan wars, there are so many opportunities to build a veteran community in your own backyard.

IAVA created a unique Rapid Response Referral Program. The RRRP is a team of case managers for veterans. If you’re a veteran needing to access the benefits that are available to you, be it housing, financial assistance, employment assistance, or help going to school, the RRRP case managers work one-on-one with you to connect you within their network of services and walk you through the process. This is a critical component because it creates a one-stop shop for benefits.

They are also actively working to combat military sexual assault and enforce victim’s rights. They support women’s health initiatives within the military and make sure our female veterans are protected. And, to the relief of so many veterans, they are working to put a stop to the VA backlog that has left so many veterans in need of care with no one to turn to.

Most importantly, they acknowledge that not all injuries are physical. So many veterans suffer from TBI or PTSD, and IAVA is working tirelessly to expand both physical and mental health programs available to veterans.

I guess you could say that’s the spirit of the military too. As civilians, we don’t think about our military. But they are doing the work that needs to be done so that when we do need them, they are there.

And as veterans, we don’t think about the services we need until we need them. And thankfully IAVA is there and ready to help.